Founded in 1692, the Viennese Academy of Fine Arts was one of the first art schools in the German-speaking area. Its earliest collection of paintings dates back to the 18 th century and mainly comprises "admission works" by Academy members and "prize works" by students awarded for their contributions to the annual exhibitions. These pictures served as teaching models in art lessons. 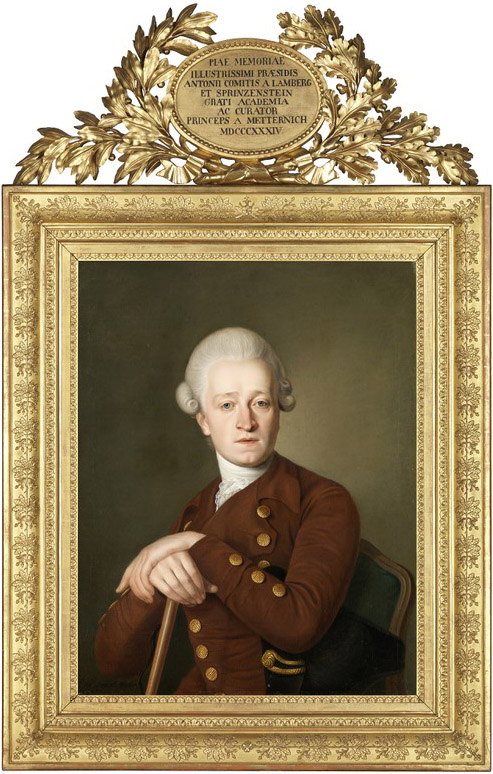 Christian Kollonitsch (1730-after 1779), Portrait of Anton Count Lamberg-Sprinzenstein , 1770, © The Paintings Gallery of the Academy of Fine Arts Vienna

The Paintings Gallery actually came into being when, in 1822, Count Lamberg-Sprinzenstein, a Habsburg diplomat with noted success in Turin and Naples, bequeathed his internationally renowned collection of approximately 800 paintings to the Academy of Fine Arts Vienna. Lamberg's generous donation was, however, subject to the condition that these paintings be displayed publicly so as to be made accessible to everyone. Thus, the Paintings Gallery at the Academy - at that time still located in the former St. Anna convent near Kärntnerstraße - became Vienna's first art museum at a public institution. 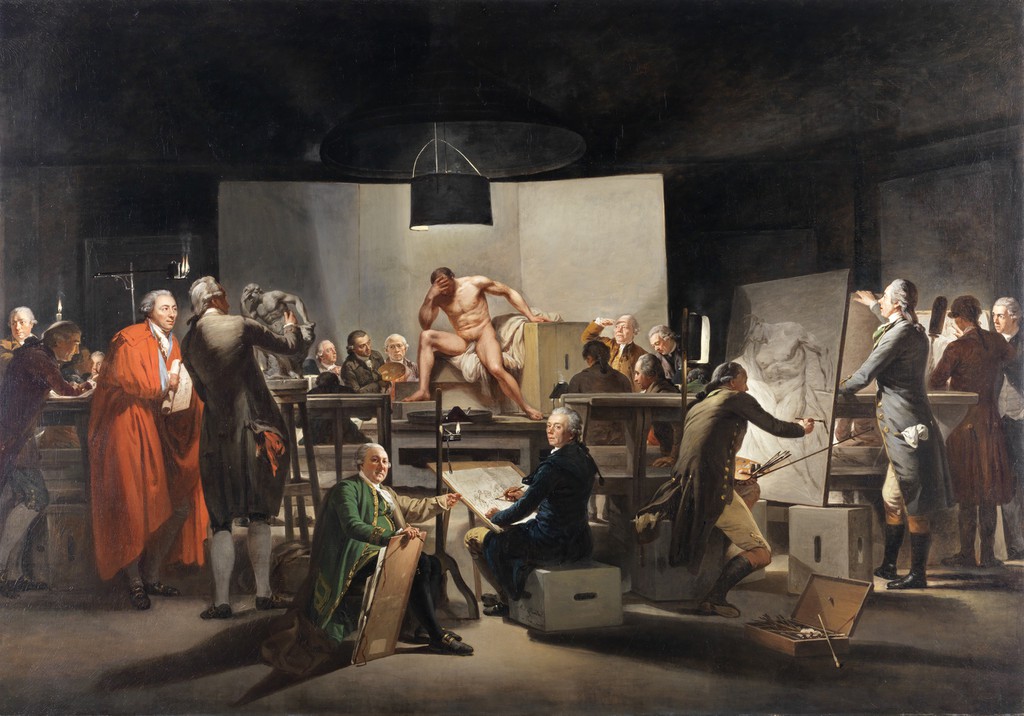 Martin Ferdinand Quadal (1736-1808), The Life Class of the Vienna Academy in the St Anne Building , 1787, © The Paintings Gallery of the Academy of Fine Arts Vienna

Lamberg gave his collection to the imperial Academy, which placed the paintings under sovereign protection. After the fall of the Austrian-Hungarian monarchy and the foundation of the First Austrian Republic in 1918, all the collections of the Academy became the property of the Austrian state, to which they have belonged since 1945, the time of the Second Republic. This was not changed by the fact that, when the Universities Act 2002 came into force, the Paintings Gallery was organizationally integrated into an art university under private law. 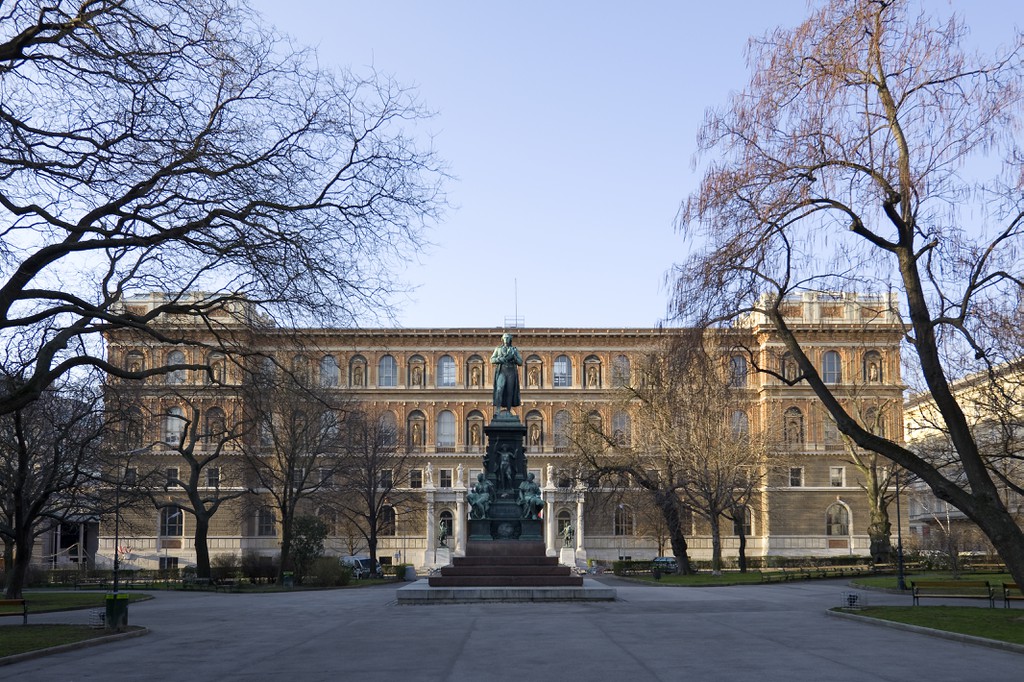 Since 1877, the Paintings Gallery has been displayed in the grand palace designed by Theophil Hansen for the Academy of Fine Arts on Schillerplatz . It can still be found in the elegant, historically furnished exhibition rooms on the first floor, amid the artists' studios and lecture rooms. Its stocks were significantly enlarged, especially in the 19 th century, through state purchases and further generous donations by aristocrats and citizens alike, also in the 20 th century. In 1988, the Academy's Collection of Plaster Casts was added (see there). 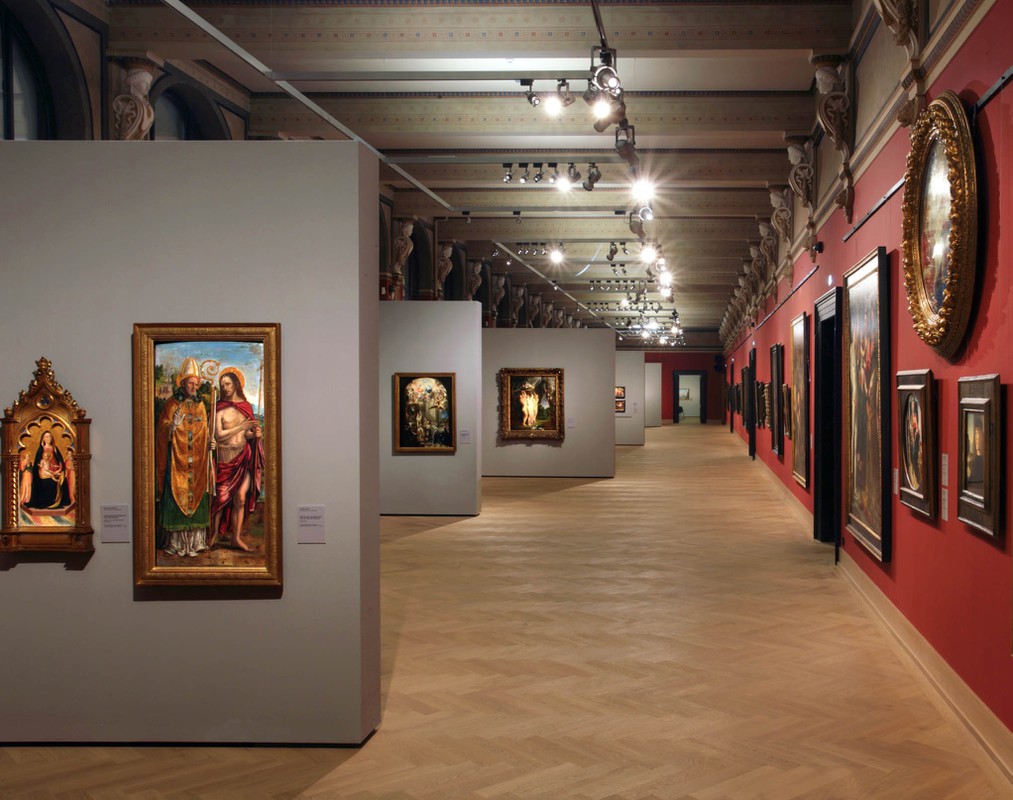 After its makeover (2007-2010), the Paintings Gallery, with all its display rooms, is now presented as a totally modern museum - more beautiful, completely renovated, and more modern with its new elevator and shop.