The collection of drawings in the Graphic Collection comprises about 40,000 individual sheets and contains numerous masterpieces of (Central) European art history of the modern era. It contains works by artists from the 16th to 18th centuries (so-called Old Masters) mainly from German-speaking countries, the Netherlands, Italy and France. From the 18th century onwards, the collection is mainly characterised by works by artists associated with the Academy. The 19th century is particularly richly represented in terms of quality and quantity. The architectural drawings form a separate sub-section. 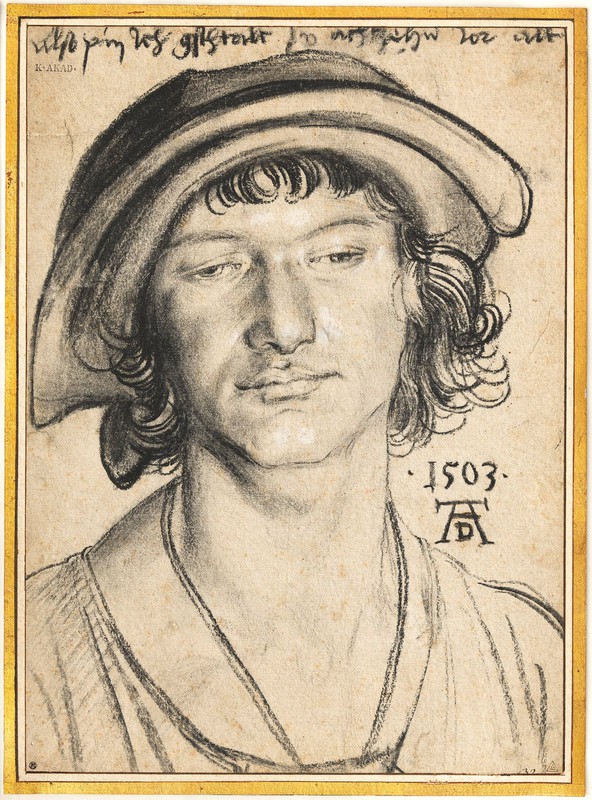 Albrecht Dürer: Portrait of an 18-year-old Youth , 1503, charcoal, heightened with white, on paper, © The Graphic Collection of the Academy of Fine Arts Vienna

If one follows a rough chronological sequence, the earliest drawings (with the exception of the architectural drawings) date from around 1500 by such outstanding artist as Albrecht Altdorfer, Albrecht Dürer and Hieronymus Bosch (workshop?). From the 16th and 17th centuries there is a larger body of work by Dutch artists – including sheets by Rembrandt Harmensz. van Rijn, Hans Bol and Hans Vredeman de Vries. Several hundred Italian drawings by Domenico Campagnola, Annibale Carracci and Guercino, for example, also date from the same period. 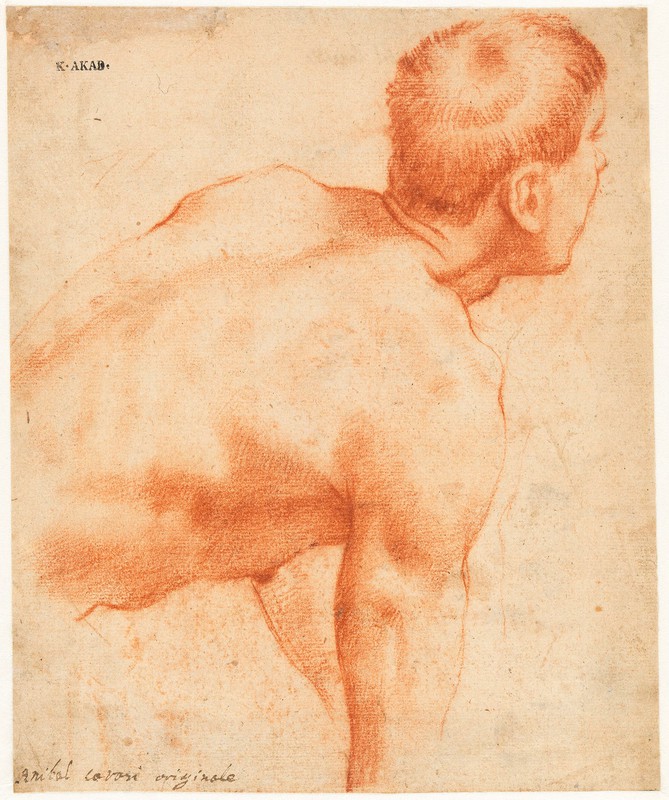 In addition to a selection of works by the Galli-Bibiena family from the 18th and early 19th centuries, there are above all larger groups of works by artists associated with the Academy, such as Franz Caucig, Jakob Matthias Schmu(t)zer and Paul Troger. In addition, there are countless works that were used as model sheets for teaching at the Academy or that were produced during lessons at the Academy. 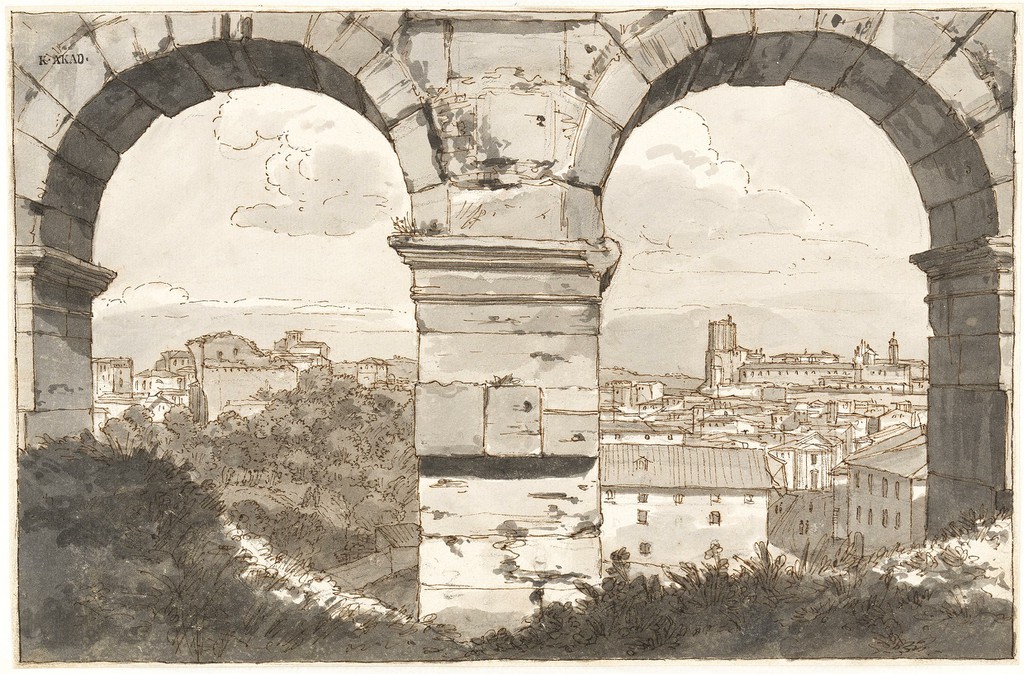 Franz Caucig: View of Rome through two Arcades of the Colosseum , 1781/1787, graphite and ink on paper, © The Graphic Collection of the Academy of Fine Arts Vienna

The 19th century is very prominently represented by the estate of Joseph Anton Koch, a high-quality collection of South German and Austrian Romantics, a large collection of watercolours of flowers by Moritz Michael Daffinger, the watercolours from the Austrian Brazil expedition by Thomas Ender, the partial estate of Friedrich Gauermann and sheets by Rudolf von Alt, Josef Danhauser, Anselm Feuerbach, Bonaventura Genelli, the Höchle brothers, Hans Makart, Carl Rahl, Ferdinand Runk and many more. 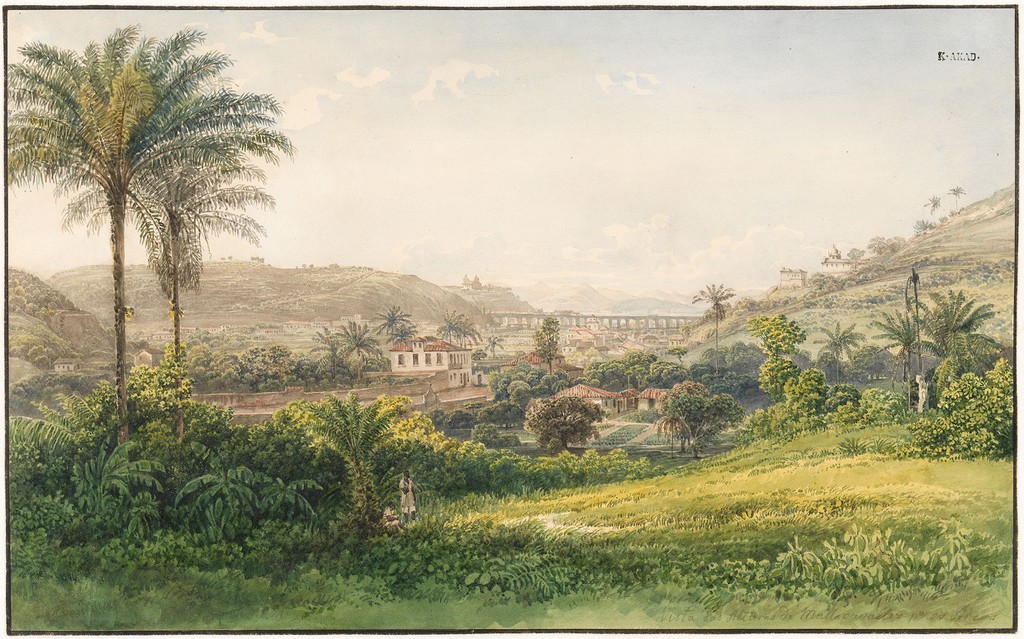 Thomas Ender: View from the Hill Matta Cavallos to the Rio de Janeiro Aqueduct , 1817/18, watercolour and pencil on paper, © The Graphic Collection of the Academy of Fine Arts Vienna

From the field of modernism, the Graphic Collection owns part of the archive and artistic holdings of the Hagen Society and outstanding works by Herbert Boeckl, Gunter Damisch, Friedensreich Hundertwasser, Gustav Klimt, Maria Lassnig, Arnulf Rainer, Egon Schiele, Leopold Stolba and many more. 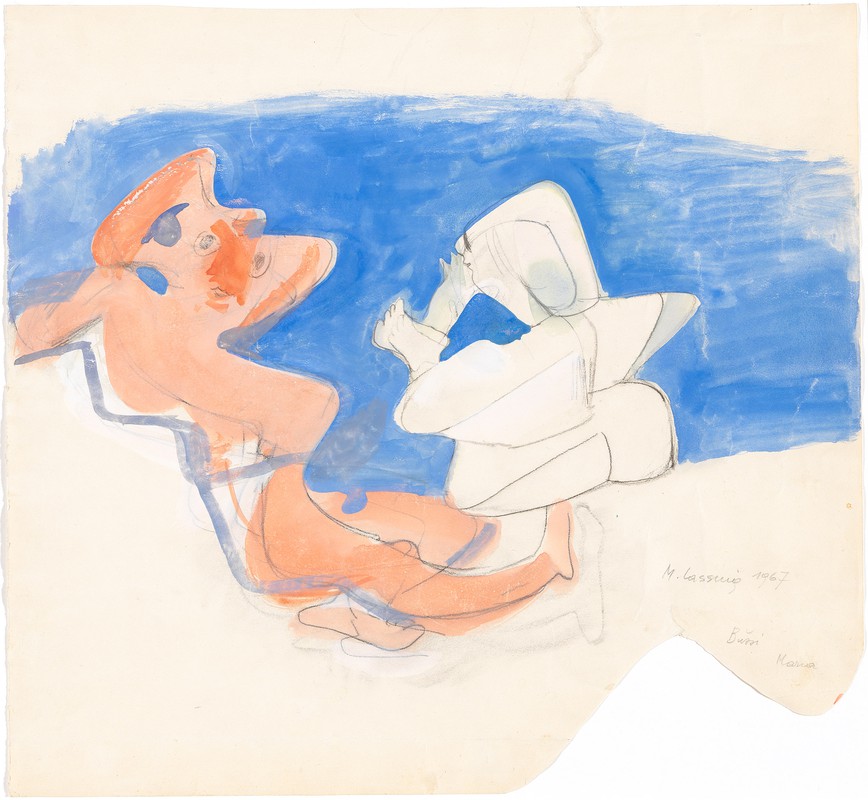 Maria Lassnig: Two Figures on the Beach , 1967, tempera, chalk and pencil on paper, © The Graphic Collection of the Academy of Fine Arts Vienna