The Collection's inventory dating back to the 18th century reflects the individual stages of the Academy's development, from Peter Strudel's private initiative to establish an Academy resembling an Italian studio (1688/92) to the resumption of teaching activities in 1725, which had been interrupted for eleven years after Strudel's demise, by Jacob van Schuppen, called to the imperial court from Paris, France, and his successor, Empress Maria Theresia's Court Painter  Martin von Meytens, who had been born in Sweden.

The inventory taken after van Schuppan's death in 1751 and Anton Weinkopf's descriptions from 1783 and 1790, respectively, are the earliest evidence of the composition of the Collection. The first real inventory, however, dates back to 1772, when Federal Chancellor Prince Wenzel Kaunitz von Rietberg, one of the era's most important patrons and collectors of art, reorganized the Academy and brought together the different schools. 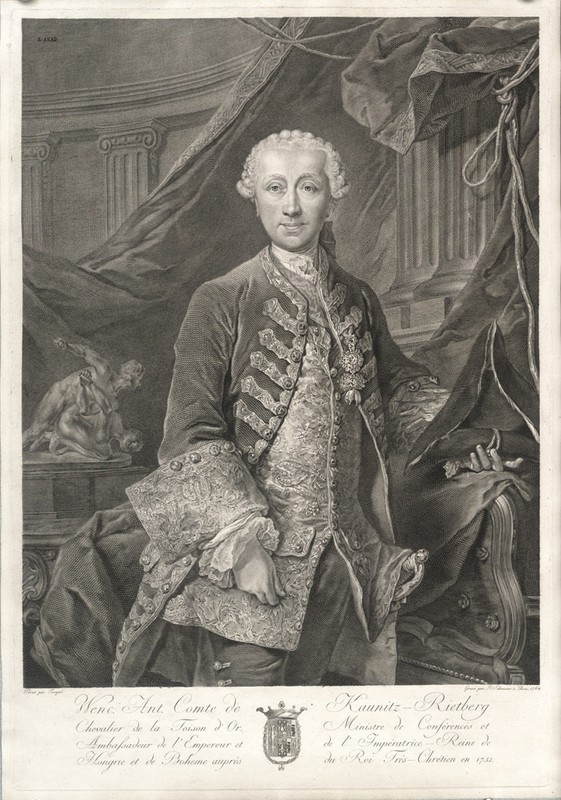 While the basic Collection comprised the holdings of Jakob von Matthias Schmutzer's Engravers' Academy, admission works, nudes, prize works, and sketches, as well as models made by students, significant graduates and professors of the different schools, it was later supplemented through commissions and acquisitions under the aegis of Kaunitz. In 1775, the decision was made to take stock of the artwork, part of which was done by 1790, but which only reached its final stage of completion in 1798, after the Protectorate (i.e. presidency) had been conferred upon Count Johann Philipp Cobenzl. At that time, the different schools comprised a total number of 1,242 drawings, 670 graphic reproductions, and 88 models, which clearly illustrates that the collection mainly served to support the teaching activities at the Academy. The next stocktaking, albeit only meant to establish the sum total of pieces held, was carried out in 1810, after Prince Klemens Lothar Wenzel Metternich had been elected new Protector of the Academy.

Huge donations, made in the last 20 years before the 1848 revolution broke out and adding another 6,600 drawings and 12,000 reproductions to the Collection in 1837 alone, significantly changed the collection from a simple assortment of teaching material into the second-largest collection of graphic reproductions of the entire monarchy. In the same year, Ferdinand Georg Waldmüller initiated a transfer of 800 watercolors by Thomas Ender from Emperor Ferdinand's "Brazilian Cabinet", painted during the Brazilian expedition on the occasion of Archduchess Leopoldine's wedding to Dom Pedro. 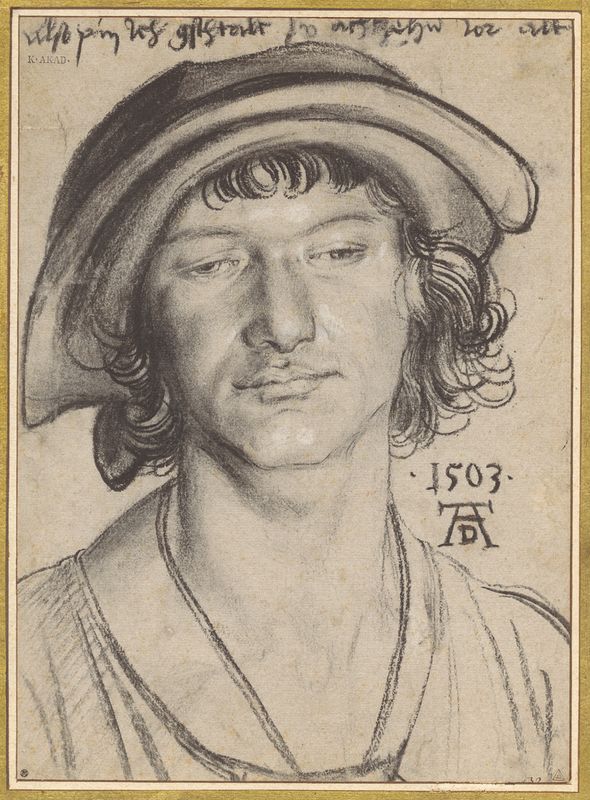 Albrecht Dürer, Portrait of a Young Man , 1503
Charcoal, hightened in white
299 x 216 mm, © The Graphic Collection of the Academy of Fine Arts Vienna

As of 1850, the newly founded k.u.k. Ministry of Culture and Education selectively acquired works such as the entire number of 415 flower watercolors by Moritz Michael Daffinger. In 1863, a block of 300 nature sketches and drafts by Friedrich Gauermann was added, in 1865 approximately 700 drawings and sketches left by Joseph Anton Koch, and in 1870 about 300 works bequeathed by Bonaventura Genelli. After various individual purchases, funded by the library budget, the watercolors by Rudolf von Alt, commissioned by the state in 1874 and showing prominent samples of Austrian architectural heritage, were given to the Academy. 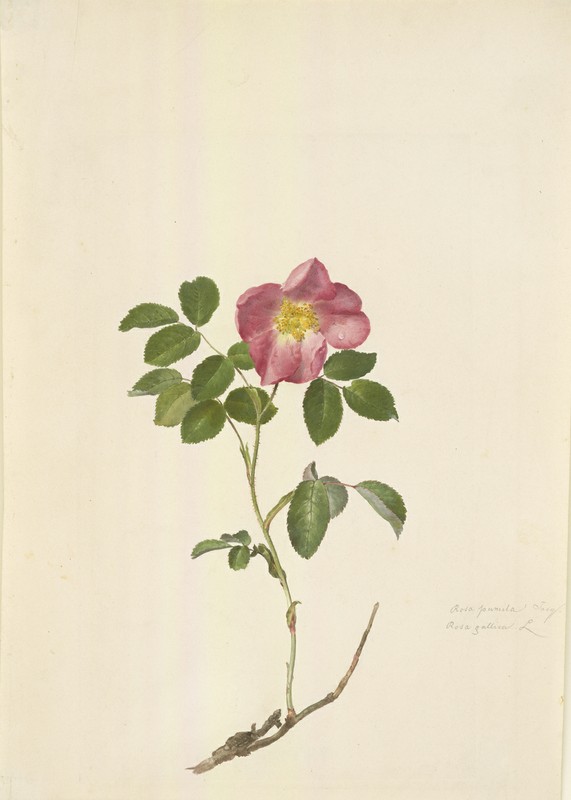 After the purchase of the estate of Johann Christoph Endris, the Graphic Collection now possesses the most significant collection of drawings from the periods of Classicism and Romanticism in Austria, comprising works by Joseph Führich, the Olivier brothers, Friedrich Overbeck, Ludwig Richter, Moritz von Schwind and Julius Schnorr von Carolsfeld. In 1873, the 273 graphic reproductions by Albrecht Dürer collected by Heinrich Sebastian Hüsgen, one of Goethe's boyhood friends living in Frankfurt, were acquired.

Since 1997, annual donations by the Association of Friends of Fine Arts (GFBK) have enabled the Academy of Fine Arts, Vienna, to compile a collection of young contemporary art, with a focus on the works by Academy graduates, but also to acquire several works by internationally renowned artists such as Richard Hamilton and Michelangelo Pistoletto.