The Academy of Fine Arts Vienna 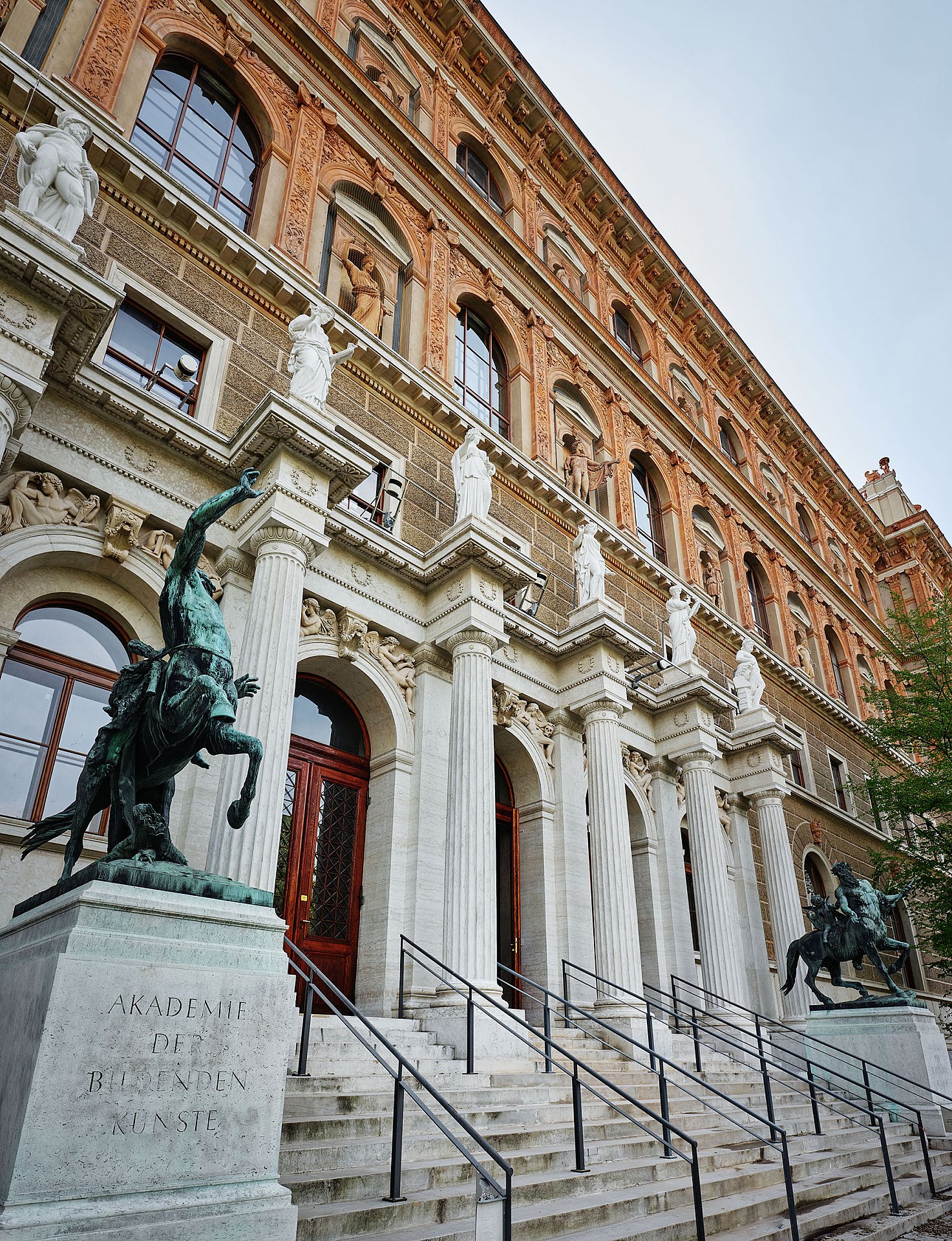 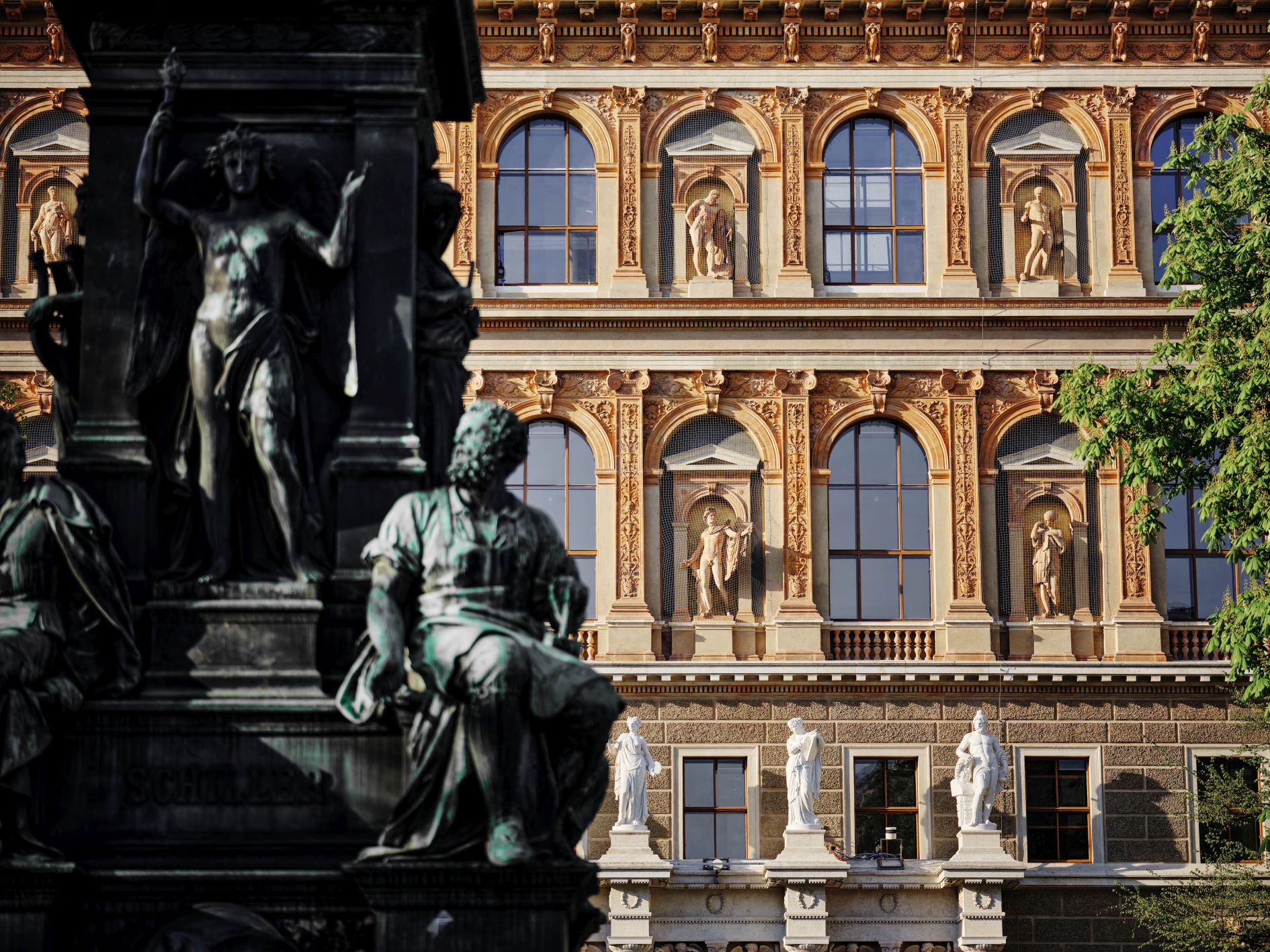 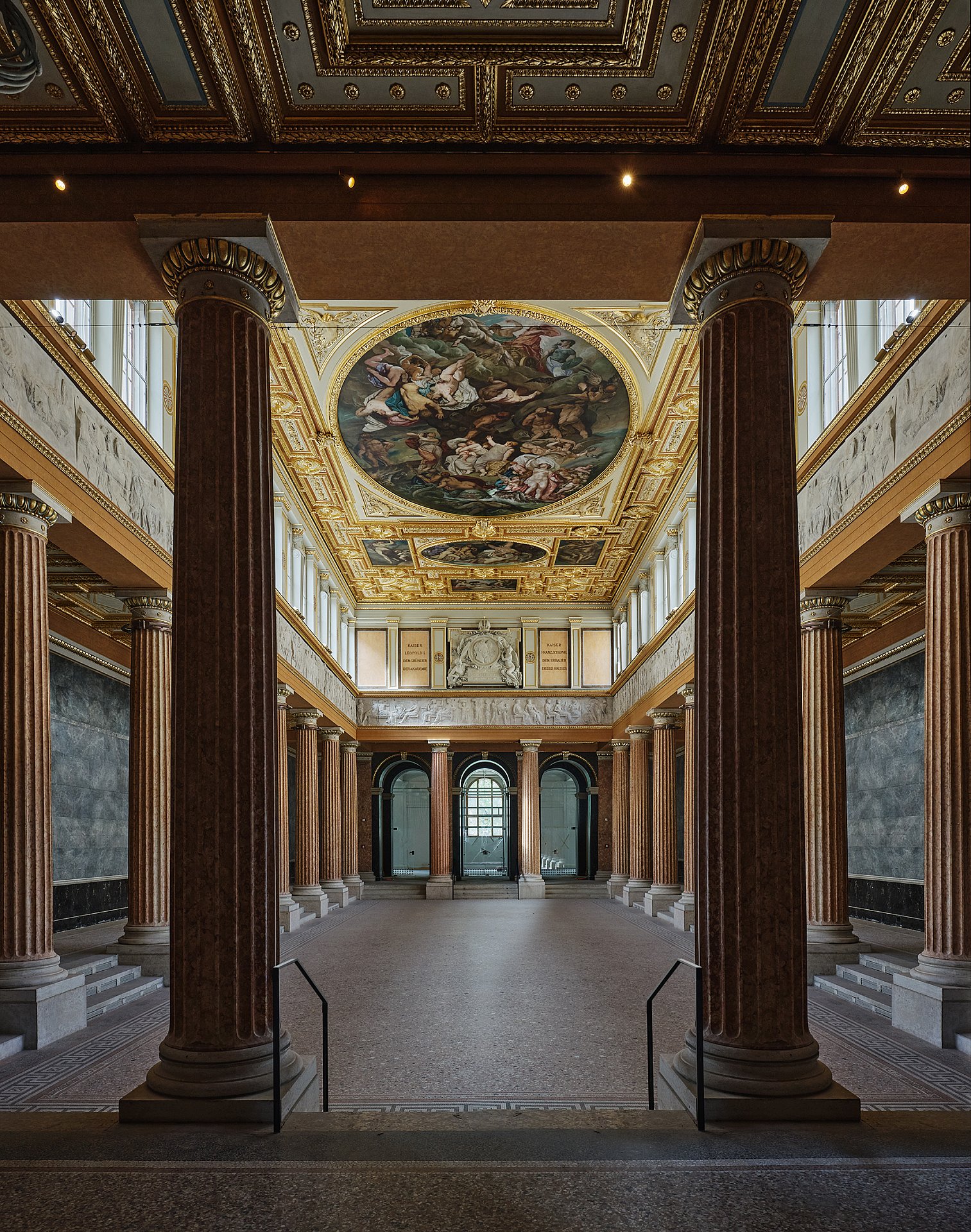 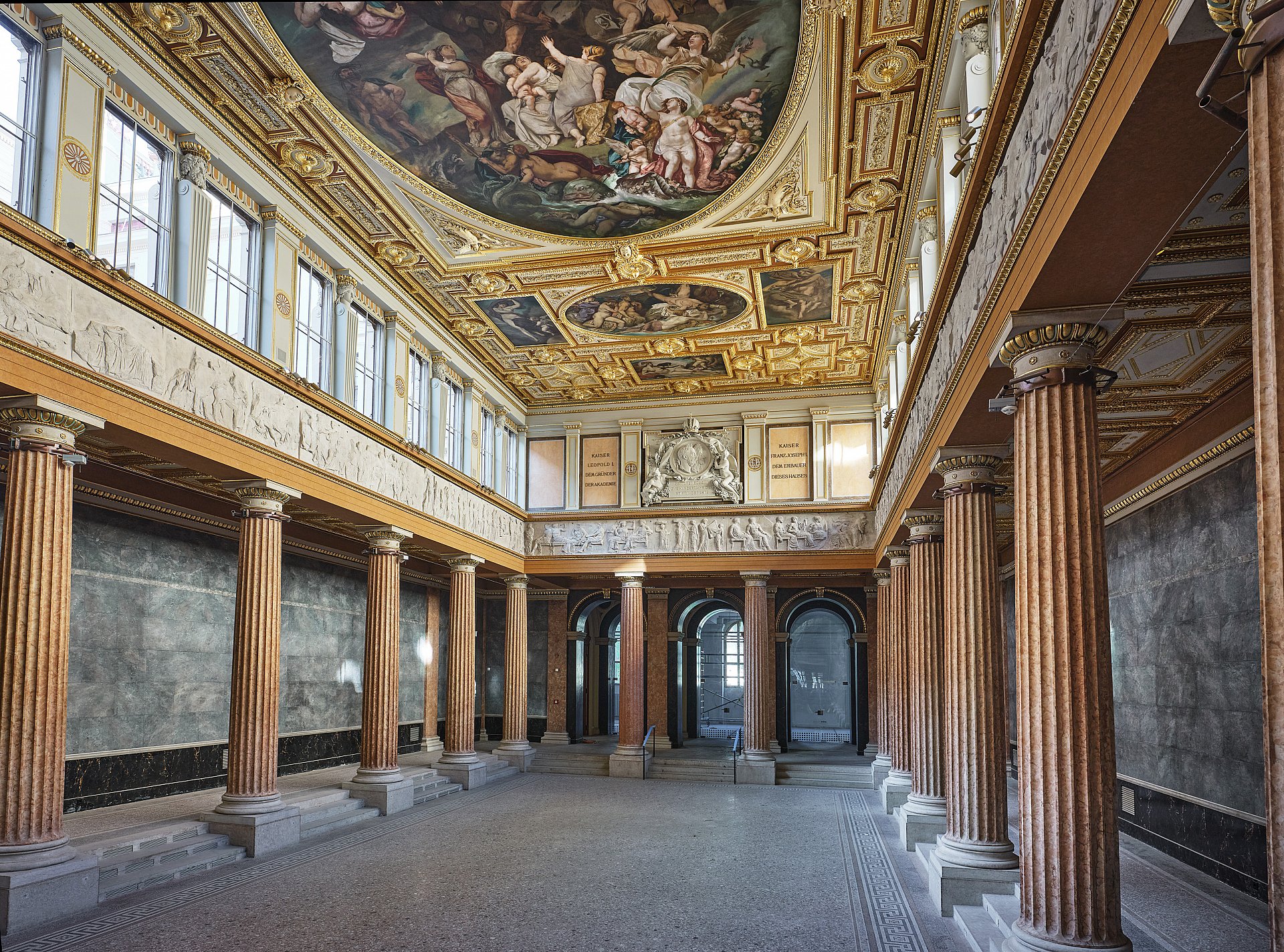 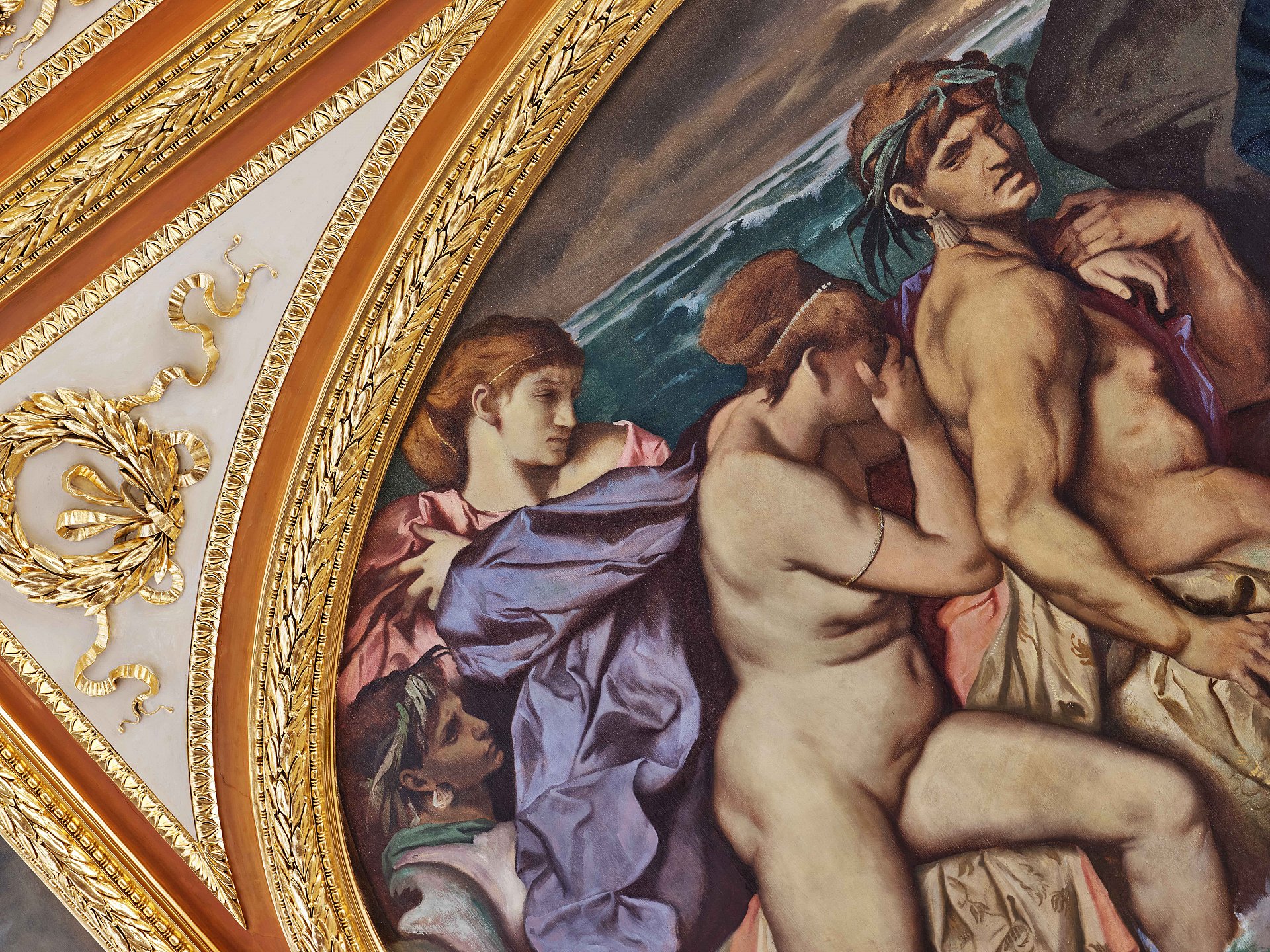 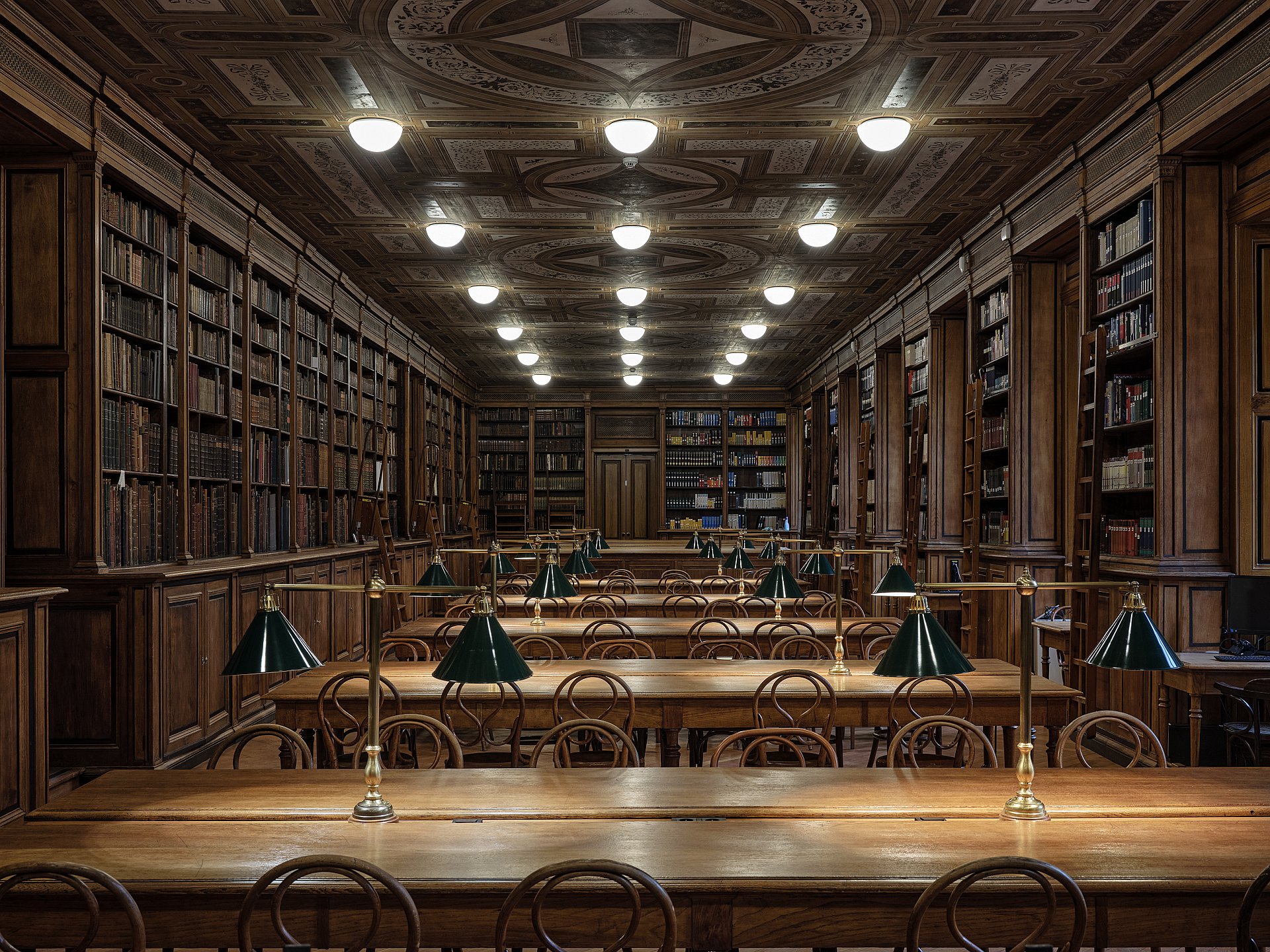 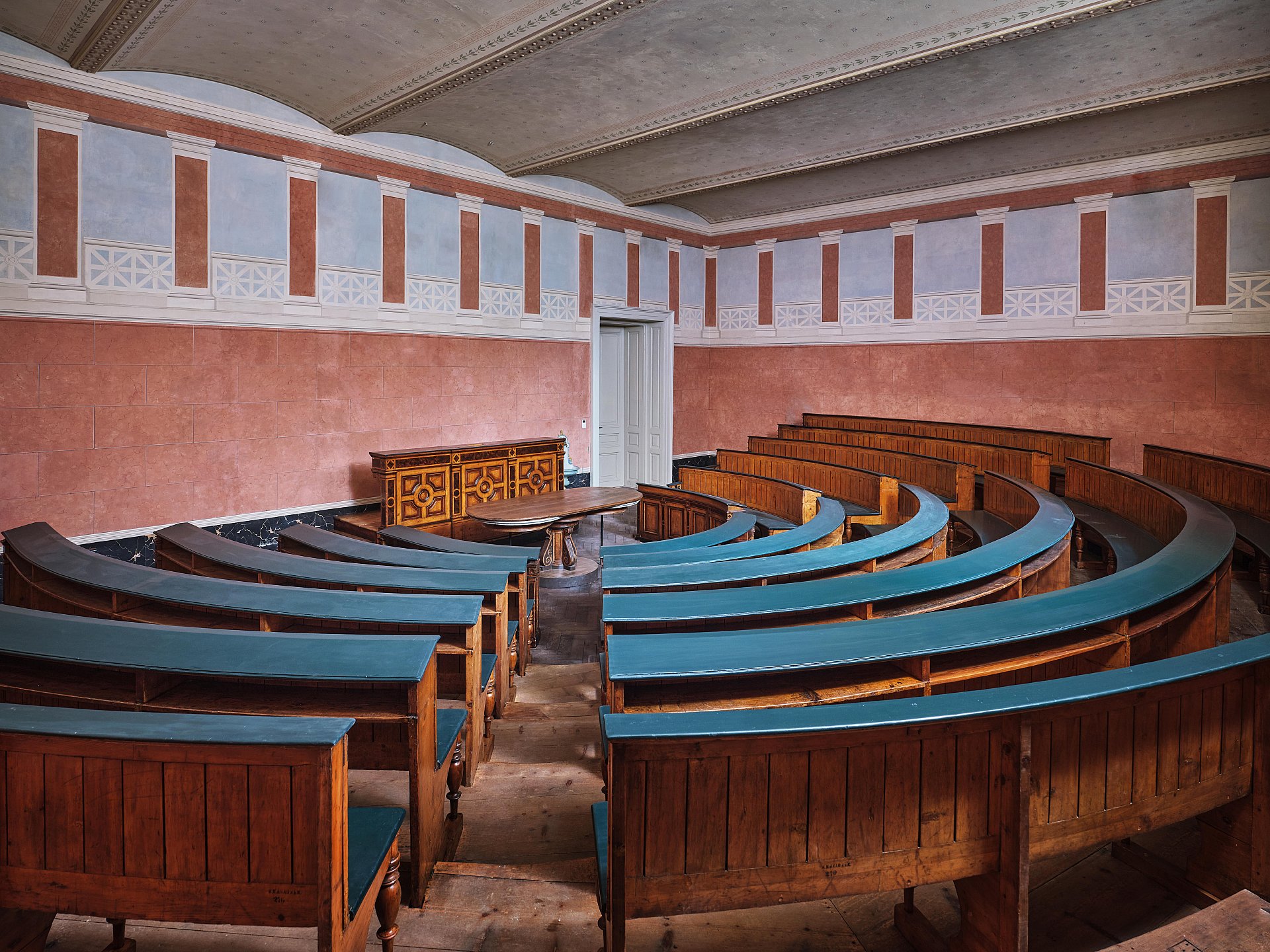 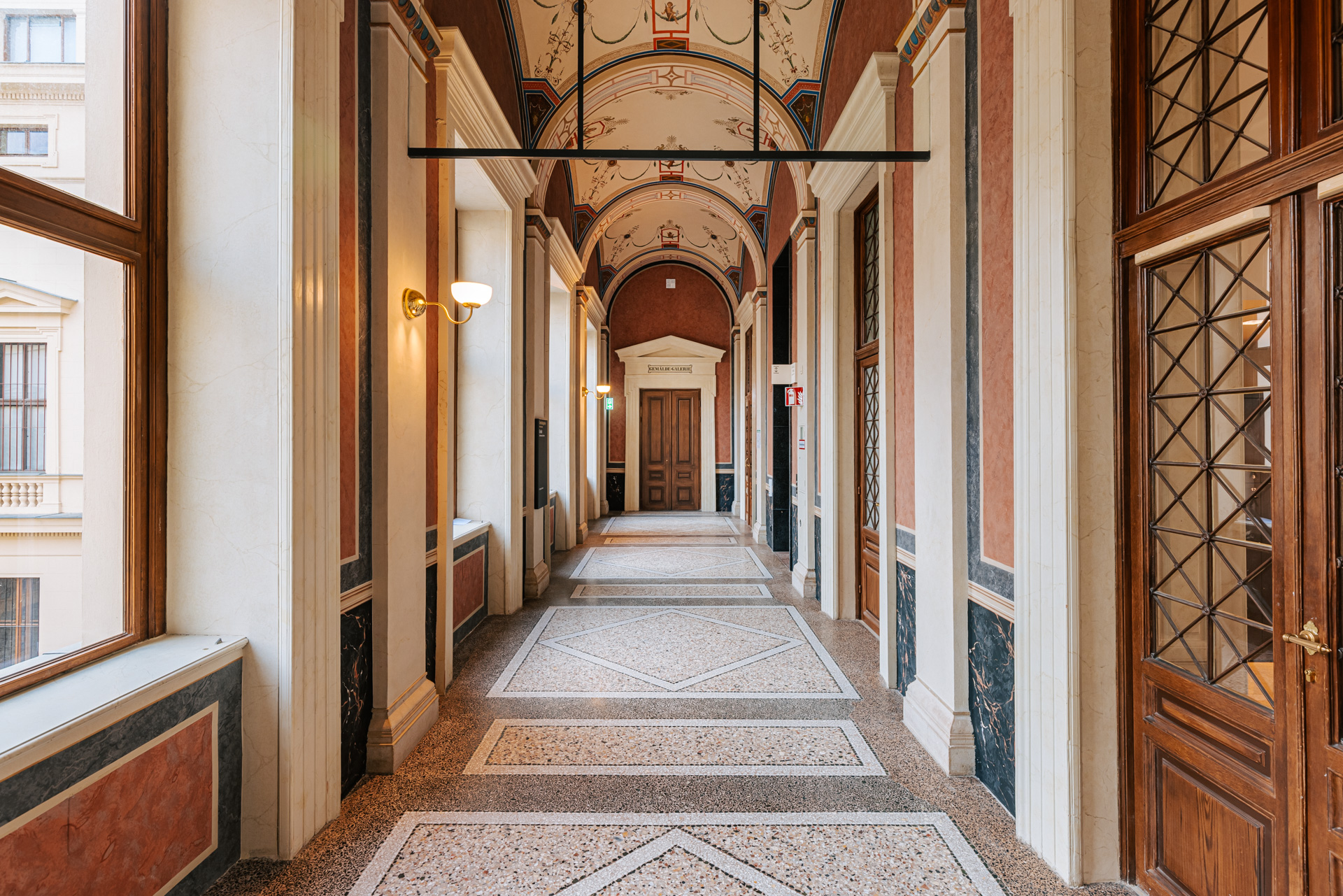 Akademiegebäude am Schillerplatz © Helmut Wimmer, 2021
1/8
As Austria's most traditional art university, the Academy of Fine Arts Vienna has been an important educational institution for artists for over 325 years. Based on its leading position in Central Europe and its high quality standards, it is one of the most internationally renowned art universities, where teachers and students from all regions of the world work together.

The Academy’s Paintings Gallery and Graphic Collection rank among Austria’s most significant art collections. Engaging with these collections sheds light on how artists of the past pursued their studies and helps to individuate one’s profile by critically examining the historical legacy. The Academy’s exhibition practice focuses on contemporary perspectives and approaches. In addition to project spaces for testing presentation settings at the individual locations, the exhibition space in Eschenbachgasse is another showcase for contemporary art directly in the museum and gallery environment and an important interface between the academy and the public.

We offer our approximately 1,500 students a range of curricula that span from painting and sculpture to photography, video, performance, and conceptual art and also include architecture, stage design, as well as conservation and restoration. The courses and projects of the Institute of Art Theory and Cultural Studies and the Institute of Natural Sciences and Technology in the Arts guarantee high theoretical standards of teaching in all fields of study, reflecting the position of the arts in the wider historical and social context. Closely related to these are the Academy’s education-in-the-arts studies, which we consider an essential contribution to the communication of art and culture. Doctoral studies, an internationally acclaimed PhD-in-practice program, and the Critical Studies master program complement the diploma programs respectively the bachelor/master programs in architecture. Students can make use of the manifold range of courses offered in the form of largely individual study paths.

For teaching, research, studio and exhibition purposes, The Academy offers a total area of approximately 40.000 m2 spread over five buildings. The Academy’s heart is the historic building on Schillerplatz, which underwent a general renovation starting in 2017 and reopened with the winter semester of 2021.

Additional rooms are available for exhibitions, presentations, and events, enabling teachers, students, and graduates to present their work.

New concepts and strategies for the opening and use of urban spaces are to support existing formats and their further development to make them accessible to a wider public.

1692
Earliest mention of the Academy's official recognition by the Emperor - it is thus the oldest art academy in Central Europe. Lessons were held in Peter Strudel's private residence near Währinger Straße.

1714
When Peter Strudel died, the Academy was temporarily closed down.

1756
Under the rectorate of Paul Troger, 217 new students enrolled, which marked an unprecedented heyday in the school's history.

1759
The Court Academy moved into the building of the former university - today's Academy of Sciences.

1766
Foundation of an engraving school by the copper engraver Jakob Matthias Schmutzer under the reign of Empress Maria Theresa. This Imperial and Royal Engraving Academy in Annagasse soon became a rival of the Court Academy.

1772
State Chancellor Wenzel Anton Prince Kaunitz united all of the then-extant art schools within the k.k. freye, vereinigte Akademie der bildenden Künste, today's Academy of Fine Arts: the Imperial and Royal Court Academy of Painters, Sculptors and Architects, the Imperial and Royal Engraving Academy, as well as the Engravers' and Ore Cutters' School, and later on, the Commercial Drawing School.

1773
The library, which until 2003 also included a print room, was first mentioned in records.

1783
Joseph II decreed that all craftsmen take their master's exam at the Academy and present their masterpiece. Drawing lessons at ordinary schools were placed under the supervision of the Academy, which put forth the candidates for the position of drawing teachers.

1786
The Academy moved to the so-called St.-Anna-Gebäude in Annagasse. Public art exhibitions were held.

1800
The Academy was placed under the supervision of an Imperial "curator."

1812
The Academy as supreme art authority was endowed with numerous privileges.

1848
The Academy was partly closed down during the Revolution.

1850
The Academy was no longer the supreme art authority, but an art school directly responsible to the Ministry of Education.

1871
Approval of the construction of the new building in Schillerplatz after plans by Theophil Hansen.

1872
According to a statute passed by Emperor Francis Joseph I, the Academy was turned into a Hochschule (college); from then on, its rector was elected and it disposed of a faculty of professors. Decorative arts ceased to be taught at the Academy.

1877
Festive opening of the new building in the presence of Emperor Francis Joseph I. Anselm Feuerbach, among others, was commissioned with its interior decoration, which was completed in 1892.

1935
Foundation of the Department of Conservation and Technology.

1936
Scenography was introduced as a master course.

1938
Immediately after Austria’s “Anschluss” to the German Reich, an interim management was appointed. Both the teaching and the administrative staff were purged, and numerous students were excluded from their studies.

1941
Art education was introduced as a master course.

1944–1945
Classes were resumed in the severely damaged building in Schillerplatz in April 1945 under the provisional rector Herbert Boeckl.

1996
The Semperdepot (built between 1874 and 1877 after plans by Gottfried Semper as a scenery depot for the Federal Theaters) was revitalized by Rector Carl Pruscha to be used by the Academy as studio facilities.

1998
Under the Art Academy Organization Act, the Academy was de jure turned into a university, but retained its name Akademie der bildenden Künste Wien.

2002
The 2002 University Organization Act provided for the Academy's legal autonomy, with the rector, vice-rectors, academic senate, and university council put in charge of its operation.

2005
Rector Stephan Schmidt-Wulffen's development plan, restructuring courses and providing for a three-tier system of bachelor's, master's, and doctor's degrees, was approved by the university council.

2010
Establishment of the Doctor of Philosophy (PhD) in Practice program.

2011–2019
Eva Blimlinger, together with Vice-Rectors Andrea B. Braidt and Karin Riegler, served as the first female Rector in the history of the Academy.

2017
Start of general renovation of the Academy building on Schillerplatz.

2019
Johan F. Hartle is appointed Rector and is leading the Academy together with Vice-Rectors Ingeborg Erhart and Celestine Kubelka (until 2022), Werner Skvara (since 2022)